HomeBlogCNGHistory of Compressed Natural Gas
Posted on in
CNG 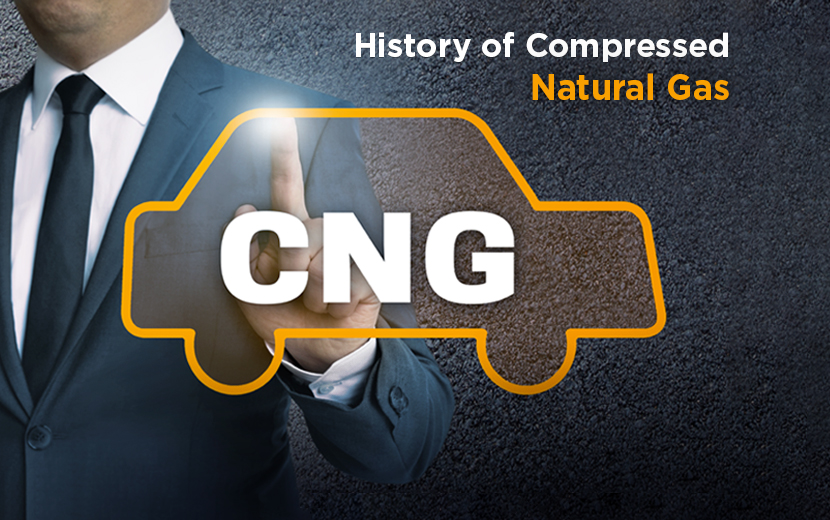 Compressed Natural Gas (CNG) is a fuel made up of petrol, which is predominantly composed of methane. A gasoline-based fuel gas that is non-toxic. It consists of a mixture of hydrocarbons. Many corporations, municipalities, and even consumer car manufacturers utilize CNG as an alternative fuel source to diesel or propane. Compared to gasoline and oil, CNG is a more eco-friendly fuel source.

Where does CNG come from?

Compressed Natural Gas, in its raw form, comes from the ground. Natural gas is found near oil wells during extraction. The natural gas is separated from oil and compressed to 3,600 pounds per square inch to store in CNG vehicles.

The first experiments with compressed gases took place in France in the mid-eighteenth century. Initially, natural gas became a transport fuel during the First World War. In the 1960s, Columbia Natural Gas of Ohio tested a CNG carrier. The ship was to carry compressed natural gas in vertical pressure bottles; however, this design failed because of the high cost of the pressure vessels. Since then, several attempts were made to develop a commercially viable CNG carrier.

In the past five years, several competing CNG ocean transport designs have evolved. Following the 1990s, many countries began to adopt CNG fuel in vehicles, as well as its requirements. Iran, Pakistan, Argentina, Brazil, and China have the largest number of cars powered by compressed natural gas in the world. Since 2008, the market for CNG and LPG has grown due to increased gasoline prices and the desire to reduce air pollution. By 2011, there were almost 14.8 million natural gas vehicles in use around the globe.

In regard to the need for cost-effectiveness and reducing potential difficulties in the future, compressed natural gas is an alternative fuel to conventional fuels. It is being popularly used and its demand is increasing which leads to the conclusion that they are much safer and in response to environmental concerns.